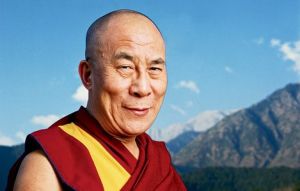 the new age media trying to win maximum eyeballs sensationalize issues and give it unnecessary importance.while on my way home from college a few days back i heard two old gentlemen taking about politics.they were talking about all sorts of things from PINARAYI VIJAYAN to  ACHUTANANDAN.talking about COMMUNISM their talk turned to CHINA and its impending war with INDIA.one of those gentle men were sure about india’s military might and the victory to come.

lets ask ourselves – can we ever win a war with a neighbor whose economy is 4times ours and a military  which had defeated us once.through the hype around the DALAI LAMA visit to TAWANG the whole media  frenzy have peaked .they misinterpret dalai lama’s comments trying to inflame the situation.it is common knowledge that our previous enemy no 1 have been disintegrating and the media is trying its best to replace it with a new one so as t to get more and more of those nationalist TRPS

its true that china wants India to disintegrate into 30 odd states and is trying hard to do this by supplying arms to north-eastern separatists and the MAOISTS. India on the other hand have been a base for anti china activity for the last half century mainly through the Tibetan lobby.i believe that this year’s riot in XINJIANG will  someway or the other have an  indian involvement.

but an all out confrontation will cost both the countries dearly.the economic and human cost will be too enormous that it will pull whole of this world into economic stagnation for years to come.the NUCLEAR HOLOCAUST that follows can only be visualised in superlatives.

so it is not only the responsibility of the two countries to act responsibly but also the international community to supervise the situation.lets hope that the media’s thirst for china’s blood slowly subside and peace will reign over the region

View all posts by bloggerk